Go to Cloud Station Overview and click the Download button. Click the button to download Cloud Station for Mac. (You can also download Cloud Station from the Synology Download Center.) Launch the installer on your computer and follow the instructions to install Cloud Station. Synology Drive Cloud Sync. Storage for Virtualization Virtual Machine Manager. Surveillance Station. Packages, desktop utilities and so on for your Synology product to enjoy the latest and versatile features. Please select the product category and the corresponding model you use. Synology Cloud Station is an application for Windows, Mac and iOS that syncs files between your computers and Synology NAS via the Internet, so that your data and documents are always up-to-date and stay beside you.

Cloud Station Drive is an application designed to synchronize files between your Synology NAS and PCs via the Internet, ensuring that your data is always up-to-date and enabling you to easily access your files. Even when the Internet connection is not available, you can still view and edit your files offline, and all the changes made will be automatically synced to your Synology NAS and PCs once the Internet connection is restored. 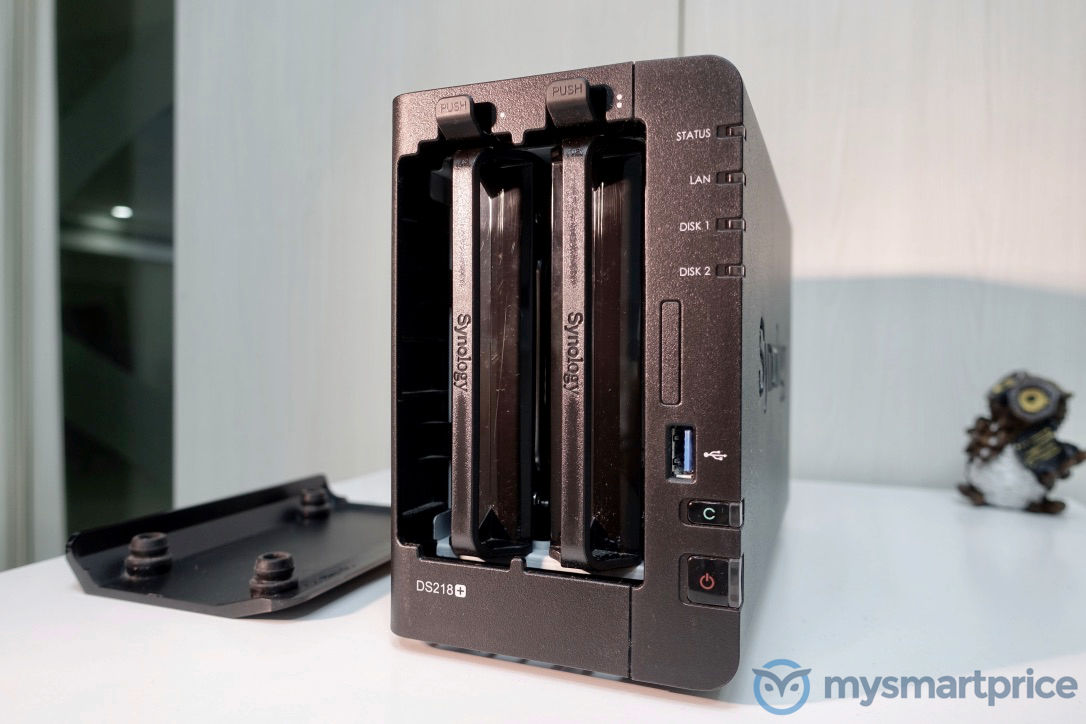 The following operation systems will be supported starting from this release.

For applications no longer providing update versions, you may download the applications in 'EoL products category'.

The following operation systems will be supported starting from next release: 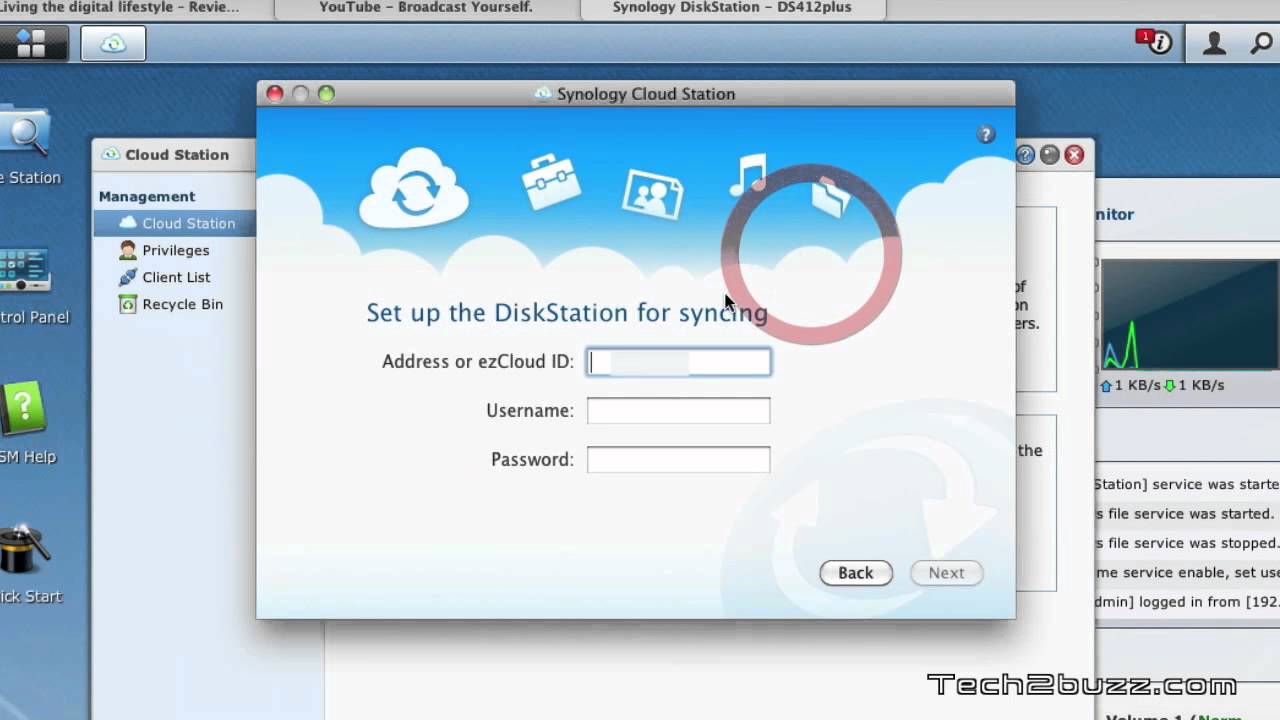 BitTorrent Sync, Dropbox, Amazon Cloud, Google Drive — There's no shortage of ways I can store files on the Internet. I've been a dedicated Dropbox user for many years and continue to pay for their 'Pro' consumer product. The announcement of a new Amazon unlimited storage option is compelling but the lack of options for access as well as limited app support will likely keep me using Dropbox.

But, I find myself using my own hosted Cloud Station on my Synology NAS more often as my way of getting files moved between devices.1 The sync application for the Mac works well and the DS Cloud iOS app is very functional. Both are fast for me, but whatt I really like is that the files are only ever on devices under my physical control.2

The Cloud Station service runs on the Synology as a free user installed application. It's configured with a Synology 'QuickConnect ID' (which uses Synology's free DDNS service) to make connecting other devices to the service easy. It functions a bit like Dropbox. You point it at some directories on the Synology and it looks for changes and notifies clients when they need to get a new file. In some ways, it's more powerful than Dropbox.

You can setup access through Synology permissions so that different users have different access. Why would this be useful? Because you can share a Synology Cloud Station with another Synology user. Everything they add to their shared folder will automatically be synced between NAS devices. And this can all be segregated based on permissions so that private content stays private.

Cloud Station provides optional sync profiles for configuring what type of content can be kept in sync. If you don't want your friend's collection of animated GIFs, then setup a profile to exclude syncing files with the .gif extension.

Similar to Dropbox Pro, Cloud Station provides optional versioning of the synced files. This is a basic function of the Synology OS and it's extended to the Cloud Station applications on other devices. Versions can be restored or downloaded as a new file.

Other Synology owners can sync through my Cloud Station using the companion Cloud Sync service on their own NAS. Setup is pretty easy but managing the permissions can be a bit confusing if you have no experience with these options.

Once configured, every file added, deleted or changed on either end of the Cloud Station is automatically synced between the two NAS devices. In my testing, the reliability and performance is fairly stable and mostly dependent on how reliable the two NAS Internet connections are. The biggest issue I encountered was with syncing very large collections of files (tens of thousands). The syncing service would eventually die or hang and require a restart of the NAS to fix it. There were no issues with 'normal' sized syncs are syncing multi Gigabyte files.

All of this is available through the Synology web interface, which means I can add or delete files from almost any computer with an Internet connection and changes sync everywhere.

The NAS to NAS syncing is nice but it's the Mac syncing client that starts to show off the real power behind Cloud Station. The client application is downloaded directly from the Synology NAS interface or from the Synology download page. Once installed, it's a simple matter of giving it a Cloud Station ID and telling it which local directory to use for syncing on the Mac. From there, it behaves much like Dropbox.3

Adding, deleting, or changing files on the Mac causes them to sync to the Synology. Subtle overlays are displayed on the file icons to indicate their current sync status.

Cloud Station also adds a new contextual menu for files to OS X. Right click to access file versions or to create a Synology sharing link. Synology share links use a short gofile.me (another Synology service) URL but these simply redirect to your own NAS through the magic of Synology DDNS and do not reside on a hosted service.4

There's also selective syncing for subfolders. Individual folders can be disabled for syncing to the Synology NAS and all other connected devices. 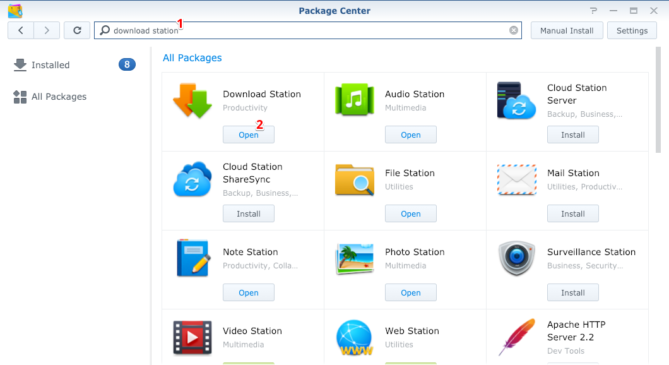 Following the Dropbox design, which is fine with me, Cloud Sync runs as a menu bar application to indicate current syncing status and lists recent file changes. The menu bar provides quick access to the local sync directory as well as the settings. As with the Synology Cloud Station app on the NAS, the Mac app has optional sync profiles to restrict file types.

The Synology design allows for a many-to-many configuration. Each Cloud Sync client can sync with many different Cloud Stations and each Cloud Station allows multiple clients. The services keep it all straight and log each device and transaction.

Unlike mounting a remote volume, Cloud Sync works perfectly offline. Files are accessible like normal and once the NAS connection is available again (through the local LAN or over the Internet) file syncing resumes and changes are updated.

How fast is it? It feels instant on my network. It feels faster than Dropbox.

DS Cloud is the free Cloud Station client for iOS. As with the Mac app, DS Cloud provides access to multiple Synology Cloud Station servers. Files are kept in sync between the iOS app and the Cloud Station directory on the NAS. Cloud Station is also smart enough to provide controls for when syncing should occur. Geofence syncing is also a nice feature to just make sure I'm always up to date when I arrive at home or work. It always drove me nuts to be required to open the Dropbox iOS app so that it would know to sync my files. DS Cloud is not a step backward.

The main reason to use DS Cloud over the similar DS File for iOS is that DS Cloud works offline. Files in DS Cloud are available for editing and sharing regardless of connectivity. The only dependency on the Synology NAS is for syncing across devices. This provides a way to capture to my iPhone anytime or place and only worry about syncing when I'm back on a network connection.5

Working with files is surprisingly easy in DS Cloud. It's very simple to get files out using familiar sharing methods in iOS 8. While any file type is available in DS Cloud, there's enhanced support for images, video and PDFs. All can be previewed directly in DS Cloud. Videos can be played, images viewed at full resolution and there's pretty good PDF annotation and viewing built right in. All without ever leaving DS Cloud.6

Perhaps one of the best features of DS Cloud is its integration with other document providers in iOS 8. Of course, it supports receiving files from other apps through sharing extensions, but I can also pull files directly from any number of other file sources, like Dropbox or iCloud. One of the greatest integrations is with Transmit for iOS which lets me grab files from remote SFTP servers and bring them into DS Cloud without jumping between apps.

There are always going to be questions of performance. Self-hosting has benefits but it also means the buck stops with you. I have terrific performance on my Synology 1815+. But I've also optimized my setup and I have FiOS at my home. Your home network connections are likely to be the primary bottlenecks, so be warned: You only have yourself and your cable provider to blame.

I like Cloud Sync because it means my files are secured in ways that are less opaque. When Slack had their recent security breach, I enabled two factor authentication on all of my accounts. During the process, they create 10 recovery keys. I wanted to snap a photo of these keys and store them somewhere I could trust. So, I opened DS Cloud and snapped photos of each account 2FA page. The files sync to my NAS and Mac within a second and never exist on any cloud service.

I don't have a particular security concern with Dropbox but I figure, why not use something I control if it's just as good in nearly every respect.